Offering Premier Yoga in Asheville & WNC for Over 20 Years

Asheville Yoga Center serves as a leader guiding people to fully engage with their life through the practice of yoga.

In 1997, we opened our doors, rolled out our mats and started building a community centered around inclusion and love. Since our inception, Asheville Yoga Center has continued to be a guiding light and a nourishing sanctuary for all, by providing the highest quality hatha yoga to help individuals heal and become their strongest selves.

Our co-founders, Stephanie and Sunny Keach have worked tirelessly to make yoga accessible, nurturing and empowering. After meeting in 1994 at massage school in Santa Barbara, they spoke of their dreams and plans for the future: to affect positive change in the world through health, healing, education, movement and music. So, after a move across the country, and three boys later, that dream was realized. They both feel very honored and blessed to have stewarded such a thriving business where people are taught and supported using yoga for healing and self-growth.

Stephanie began practicing yoga after she fractured her back in a car accident. Yoga changed her life and helped her heal her back by herself. She began to study with teachers like Erich Schiffman and Rod Stryker, and then she began to teach. Stephanie is the Mama Bear of all of AYC’s programs.

Sunny’s interest and practice in meditation, Buddhism, and the human potential began around 1983. It wasn’t until Stephanie invited him to one of her yoga classes in 1994 that he began an asana practice. Sunny currently spends his time managing Asheville Yoga Center, parenting three teenage boys, gardening, cycling, dancing and playing West African drums.  He is one of the founders of Asheville’s Friday Night Drum Circle and can often be seen healing with rhythm. 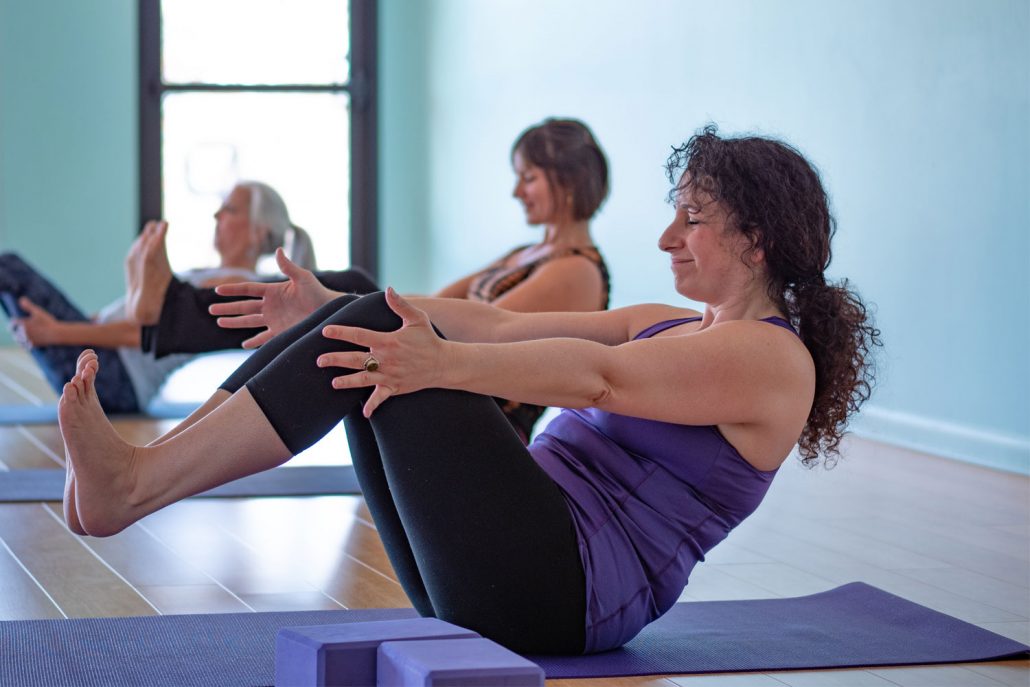 AYC is committed to creating and maintaining an environment in which all employees, students, and guests feel welcomed and engaged in the practice of yoga. We believe that yoga practice extends beyond the classroom and is meant to be shared with our community to make yoga accessible regardless of race, gender identity, sexual orientation, religion, age, disability, or national origin. We also bring this philosophy to our hiring practices as an equal opportunity employer, where we strive for each employee to participate and contribute to the success of the business and are valued for their skills, experience, and unique perspectives.

Inspire by helping each other recognize our greatness.

Empower one another by enhancing our strengths.

Engage fully with each other in every interaction

Support each other by creating an environment where we can all reach our fullest potential. 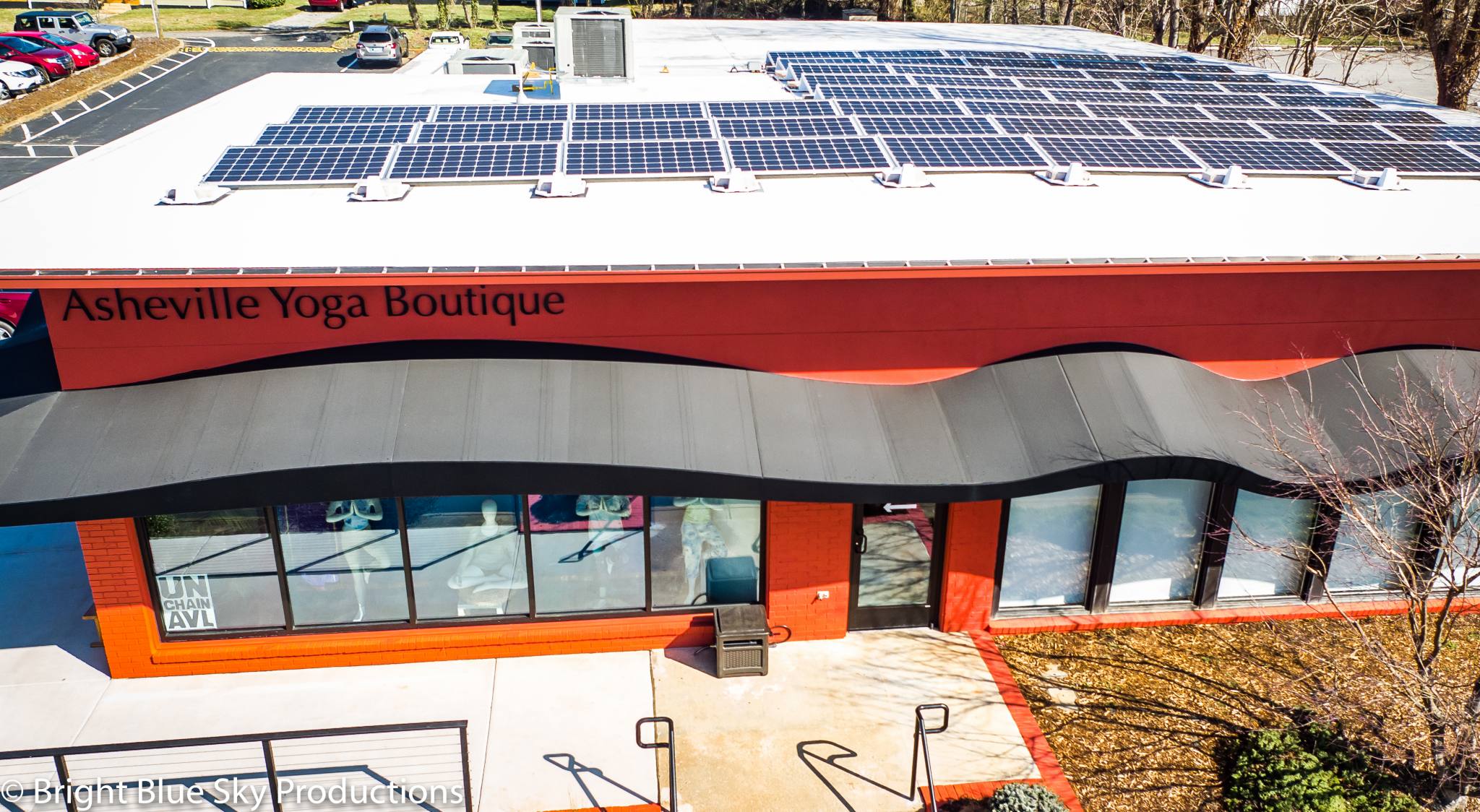 Our solar-powered, environmentally sustainable campus is one of the few in the country that was designed specifically for yoga from inception. The studio sits on a lushly landscaped campus of edible, aromatic, and native trees and plants. Bamboo floors and plenty of windows with southern exposure make for lovely spaces to experience our celebrated teacher trainings, classes, and workshops.

While designing the studio, we considered both our environmental impact and the needs of a yoga studio. It is oriented on an East/West axis so there is plenty of natural light and a passive solar advantage is achieved. Day lighting is used throughout to reduce the need for electric lights and we placed the windows high in the yoga rooms so there would be plenty of room for working at the wall. 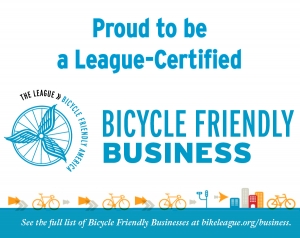 We are proud to be recognized by the League of American Bicyclists with a Bronze level Bicycle Friendly Business award, earning a place alongside 1,366 businesses across the country contributing to the movement to build a more Bicycle Friendly America.

As yogis, we value the well-being of both our planet and our community. By supporting bicyclists, and providing amenities, we can decrease our carbon footprint, reduce healthcare costs, strengthen our community, and build a fun and healthy work culture.

We are Living Wage Certified by Just Economics WNC. This means we pay our team a fair wage, not just the minimum wage required by the federal government that doesn’t realistically allow for employees to cover basic necessities. We respect and care for our team and offer them free unlimited yoga to make sure they know that.

Have a question for us?

Our staff is kind, knowledgeable, and ready to help.

See you in class!

Check out our class schedule to register for a class, or come to one of our workshops or events.

Get enlightened: Join Our Newsletter